Standardization: The Key to Leveraging Scale 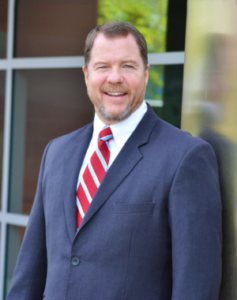 The U.S. renewables industry has undergone dramatic changes over the past 10-15 years. As the cost of wind and solar power have dropped, margins have shrunk. Being profitable depends in large part on the ability to leverage scale and optimize organizational efficiency, which in turn makes standardization critical to success in the marketplace.

EDF Renewables has implemented several initiatives to harness the power of data and analytics to identify, understand and eliminate any factors that could reduce our ability to generate the greatest amount of zero-carbon energy possible. They are all part of a larger strategy to keep us at the leading edge of the renewable energy industry.

One important outcome of this focus on efficiency is the creation of a KPI called operating loss factor (OLF), which is defined as the amount of potential revenue from a given project that is lost for any reason—essentially, any failure to capture the amount of energy that was available.

When assessing OLF, the only exception is for external curtailment, which is beyond our control. We don’t make exceptions for events like icing on turbine blades, because we have a mindset that looks for opportunities to minimize or avoid losses due to environmental factors. Furthermore, exceptions are not made for biological curtailment, which refers to stopping individual turbines—or an entire wind farm—to reduce the risk of harm to birds or bats. While we strongly support this type of conservation initiative, we’re working to find ways to maximize clean energy production while also fully protecting wildlife.

Dialing in the Dashboards

One of the most prominent impacts of our focus on OLF has been the development and implementation of standardized dashboards across the North American fleet that report a range of metrics for each site and allow us to dig in to see what’s behind each metric. These dashboards give us the ability to identify the biggest drivers of OLF at a given site, as well as across the organization.

At the site level, the focus is on the top three issues contributing to operating losses. The site staff is trained to engage in detailed troubleshooting to identify and eliminate the root cause. At the organization level, the top five drivers of operating losses become the responsibility of our Performance Reliability Engineering group, which assigns an engineer to solve each issue.

While our focus on the top five OLF is effective, it is nevertheless a reactive approach to losses that have already occurred. Ideally, we’d like to anticipate and address problems before they happen.

Our goal is to use AI and machine learning to analyze the relationships between various data sources to identify root causes. There may be data points that appear unrelated until a deep analysis reveals connections that had previously gone unnoticed. I call this my “orange leaf theory,” because an analysis performed by AI might reveal that if X and Y have occurred, and the leaves are turning orange (indicating that it’s fall, meaning the air is cooler and denser, and is placing more load on the turbine), Z is likely to result.

Using AI will also increase the consistency and speed with which we can assess and categorize the source of issues like turbine faults. Up to this point, these determinations have been performed by staff, which takes more time, and in some cases introduces subjective judgement into the equation. Automating the process will make it faster and more consistent.

At present, work to develop this technology is occurring on-premise and is led by a North American team, but it is part of a global effort and our intention is to “lift and shift” it to the cloud environment in the future.

The Human Element of the Digital Transformation

EDF Renewables’ digital transformation is moving major portions of our business activities to collaborative platforms on the cloud. Data from across the global fleet can now be combined in a single system and analyzed to produce insights with greater statistical significance. While this creates significant opportunities in terms of information and knowledge sharing across the global organization, it has also required a shift in mindset. Achieving coordination among teams in different countries requires proactive leadership and transparency.

We continue to work to automate our processes for data collection and analysis with the goal of creating more actionable information. Although most of the tools we initially developed were for wind, our multi-technology platform now also encompasses solar, and will soon include batteries. As a global company, we want to use the same cloud-based diagnostic and predictive tools across the organization, with the goal of maximizing efficiency and minimizing losses.

Subscribe to our newsletter
Stay connected, innovative and educated!