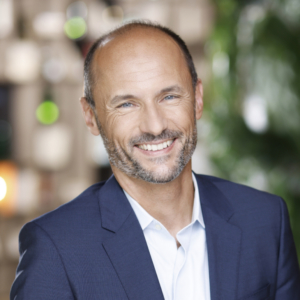 His tenure began in 2004 as President and Chief Operating Officer. He was appointed Chief Executive Officer in July 2008 and later that same year was named CEO of both the Canada and Mexico subsidiaries, leading the expansion into both countries from the North American headquarters in San Diego, California. Under Mr. Grimbert’s leadership, North American operations have experienced significant growth, emerging as one of the most respected and successful renewable energy companies in the industry.

In addition, EDF Renewables acquired Own Energy, groSolar, Powerflex and EnterSolar, and made a strategic investment in Nuuve. In 2018, EDF Renewables North America and Shell New Energies US formed a joint-venture company – Atlantic Shores Offshore Wind, LLC – to develop a lease area located off the coast of New Jersey.

Mr. Grimbert's career began in sales and international consultancy. He is a graduate of Institut National Agronomique Paris Grignon and holds a management degree from Insead. He spent seven years prior to EDF Renewables as President and CEO of Mensi SA, a wholly-owned subsidiary of EDF, and later with Trimble Navigation Limited. 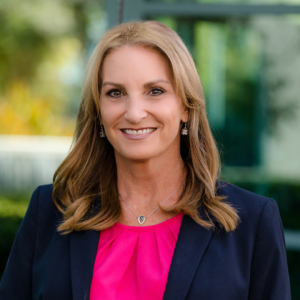 In this role, she directs the planning, development and execution of EDF Renewables North American internal and external communication strategies including business development marketing, media relations and public affairs activities.

Prior to joining the company in November 2007, she worked in the financial sector managing the sales & marketing efforts for the retail division of large regional bank in the Midwest. Sandi holds a Master’s degree from Miami University (Ohio) and Bachelor of Business Administration from Ohio University. 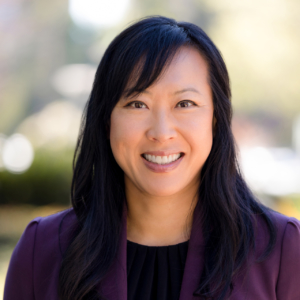 Prior to joining EDF Renewables in 2022, Tina spent 17 years with the Sempra Energy family of companies in roles of increasing responsibility in HR including People Research, Organizational Development, Talent Management, Diversity, Equity & Inclusion, and HRBP. She was head of HR for the Sempra Renewables area for five years.

Tina received her Bachelor of Science in Psychology from the University of California Berkeley and her Master’s and Ph.D. from the Pennsylvania State University. 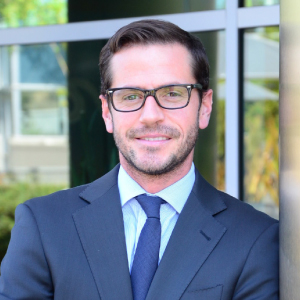 Raphael provides leadership for the Onsite Solutions business unit of EDF Renewables North America, which operates under the brand PowerFlex. He also works closely with the President & Chief Executive Officer to craft and implement the Strategy of EDF Renewables.

Raphael has responsibility over the teams and legal entities for our behind-the-meter activities. In his strategy role, he has a focus on identifying and supporting analysis on growth opportunities and risks of EDF Renewables businesses in North America.

Prior to transferring to the North American headquarters in 2011, Raphael worked for EDF Renouvelables in Paris as Deputy Executive Advisor. Earlier in his career, Raphael was a strategy consultant at McKinsey & Company where he primarily focused on the energy and heavy industry sectors. Raphael holds Masters in Management from HEC Paris business school and CEMS (Community of European Management Schools). 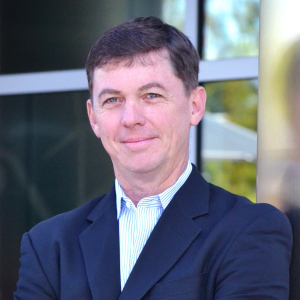 He began his career in 1992 as a Field Engineer for GE working on gas turbine installation and commissioning. Those roles were followed by assignments in 1996 as an engineer in Accessory Systems Engineering and later as a Black Belt. Mark first joined GE Renewable Energy in 2002 in the reliability engineering function where he was responsible for RCA Programs and continuous improvement of the Wind Fleet. In 2004 the role expanded into leading Global Fleet Support Engineering, combining the strengths of a globally diverse workforce from China, Europe and the US. In 2007, he led the Onshore Systems Engineering and played a key role in the launching for the Mark Vie, 1.6-82, and the 1.6-100. Mark was the Senior General Manager for Onshore Wind from 2011 to 2015. Mark lead the Global Hydro Engineering organization based in Grenoble France from 2015 to 2018.

He received his bachelor's degree in Mechanical Engineering from North Carolina State University and his MBA from the University of South Carolina. 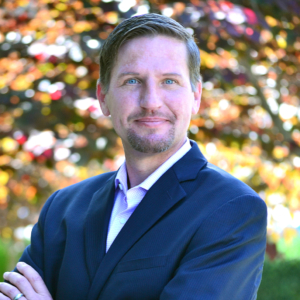 Joshua Pearson is General Counsel for EDF Renewables North America, overseeing all Legal matters for the company, including the development, construction, ownership and operation of its projects, all litigation matters, and the corporate and administrative aspects of the Legal function.

Prior to Josh’s appointment as General Counsel in 2022, Josh was the VP, Legal and Associate General Counsel for EDF Renewables North America for 12 years, during which time his day-to-day responsibilities included negotiating, drafting, and critical review of M&A transactions, power and environmental attribute offtake and derivatives transactions, permitting and environmental matters, interconnection and transmission agreements, equipment procurement and EPC contracts, debt and tax equity financings, as well as operations and maintenance and asset management agreements.

Josh received his BA from Dartmouth College and his JD from The University of San Diego School of Law. He spent eight years working at two nationally recognized law firms before joining EDF Renewables in 2009. 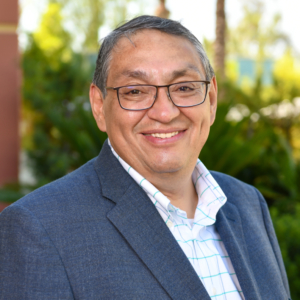 Gerardo’s over 25 years’ experience in the energy sector includes 23 years with Siemens México. For Siemens he held the role of Business Director for the Mesoamerican Energy Market for 13 years. In that role, Gerardo was responsible for sales strategy, negotiation and profit of sales for five divisions and a sales volume of 1.5 Billion USD annually.

During this past year, as Acciona’s Director of Windpower for México and Central America, Gerardo is proud to have led the charge to the signing of a nearly 300MW project in North México and closing an agreement with Actis for the design, engineering and construction of a 50MW wind project in Oaxaca.

Gerardo’s overall wind business development expertise and proficiency in relationship management with industrial sector companies, EPC's, fund investment companies, off takers, developers and government entities, is sure to lead to success as he assumes responsibility for the overall operation and development of EDF EN México’s renewable energy project portfolio and daily operation of the organization. 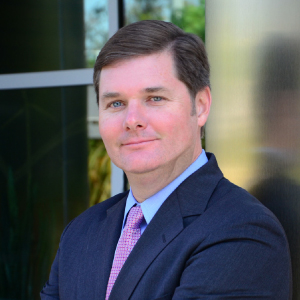 Ryan Pfaff leads EDF Renewables' Grid-Scale and Distribution-Scale Power activities in North America, across multiple technologies, including solar, on- and offshore wind, and energy storage. With 25 years of international renewable energy and finance experience, he has played a key role in the commercialization of over 10 GW of renewable generation facilities globally.

Prior to joining EDF Renewables in 2012, Mr. Pfaff served in a variety of roles with the AES Corporation over the course of seven years, most recently VP & Head of Global Wind Development. In this capacity, he played a key role in growing AES’ wind business from 102 MW in the US to over 1.7 GW in construction or operation across six countries, including the US, UK, France, Bulgaria, China and India. Other roles with AES included, VP – North America Business Development, Managing Director - Renewable Generation, and serving on AES’ Global Development Steering Committee.

Mr. Pfaff began his energy career in 1997 with privately-held IPP SeaWest Windpower. As EVP, Business Development and Project Finance, he was a key member of the management team responsible for the turnaround and sale of SeaWest to AES in 2005. Prior to joining the energy industry, Mr. Pfaff worked in commercial banking with Credit Suisse First Boston and Union Bank of California (now MUFG Union Bank).

Mr. Pfaff holds a B.S. in Business Administration, concentration in Finance, from San Diego State University. He serves on both the Board and Executive Committee of the Solar Energy Industries Association. 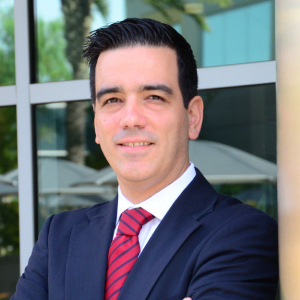 Luis Silva is Chief Financial Officer for EDF Renewables joining the company in late 2013. In this position he is responsible to develop and implement the financial strategy for EDF Renewables as well as oversee the day-to-day operations of the corporate finance teams throughout North America. He advises and evaluates the financial plans and economic modeling for the divisional leaders and has oversight to all fiscal and fiduciary responsibilities for the organization, in conjunction with the EDF Renouvelables’ (EDF EN) corporate finance department.

Mr. Silva brings nine years of experience working within the EDF EN group, most recently as CFO of Polat Enerji – EDF EN’s Turkish subsidiary. In this role, he managed all the financial activity of the company while representing EDF EN’s interest and participation in Turkey. He was further responsible for all financial matters of the company, and its portfolio of project companies. During his five year tenure with Polat Enerji, he provided direction to all areas of the financial group including accounting, treasury, financial controllership, and insurance to ensure the effective processes and procedures. In addition, he implemented a significant portfolio of project finance operations that supported the construction of approximately 500 MW of wind energy projects.

Mr. Silva served EDF EN Portugal as Financial Controller from 2005 to 2009 having taken the position of Assistant CFO in 2008. There he oversaw and managed the financial, budgeting and general accounting processes of the Portuguese portfolio.

Prior to joining EDF EN, Mr. Silva worked as a financial auditor in the Assurance and Advisory Business Services group with Ernst&Young in Lisbon, Portugal.

Mr. Silva holds an Economics Degree from Universidade Católica Portuguesa and a post-graduate degree in Financial Instruments, Institutions and Markets from Euronext Lisbon.

EN
EN
FR
ES
Manage Cookie Consent
To provide the best experiences, we use technologies like cookies to store and/or access device information. Consenting to these technologies will allow us to process data such as browsing behavior or unique IDs on this site. Not consenting or withdrawing consent, may adversely affect certain features and functions.
Manage options Manage services Manage vendors Read more about these purposes
View preferences
{title} {title} {title}