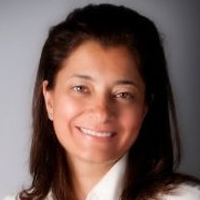 As calls for higher levels of clean energy deployment have increased and the cost of renewables has steadily dropped, utilities have been ramping up the amount of renewables in their generation portfolios. Maintaining the reliability of the electrical grid and delivering ratepayer value are of paramount importance to utilities, twin goals that make them inherently risk averse and keenly focused on controlling their individual destinies. This appears to be driving two emerging trends in utility-scale renewables.

The first trend to keep an eye on is the way in which utilities are adding renewable generation to their portfolios. They essentially have three options: 1) develop and build projects themselves; 2) purchase power from independent power producers (IPPs); or 3) enter into build-transfer agreements (BTAs), a type of contract structure in which a buyer commits to acquire a generation asset from a developer once the asset achieves commercial operation. In recent years, there has been an uptick in the use of BTAs for renewable assets, combined with changes in the structure of these contracts that favor large, established project developers.

For most wind and solar project developers, executing a BTA with a creditworthy buyer is critical to the ability to obtain construction financing, and these contract structures have been a cornerstone of renewable project development for many years. For their part, utilities like BTAs because it gives them the ability to put these assets in their rate base.

However, utilities’ focus on delivering value to ratepayers means that they want to ensure projects are completed on schedule and without surprises. This has led them to change the terms of BTA agreements in ways that favor established developers that have solid track records and robust balance sheets. Going forward, this may mean that smaller, less experienced developers have to partner with larger, more experienced developers to make their projects viable candidates for utility acquisition.

From a historical perspective, this trend toward BTAs could be viewed as part of a larger cycle that’s played out over time. Initially, all power plants were owned by utilities. The advent of deregulation brought independent developers into the market and utilities signed power purchase agreements (PPAs) with IPPs but did not acquire the underlying assets. Utilities subsequently realized they too could develop and own renewable assets, which they did – until state regulators grew concerned about a lack of competition and leaned back toward favoring PPA-based procurement. Today, utilities seeking to capitalize on the long-term benefits of owning generation with no fuel costs are once again pursuing ownership of renewable assets.

The second trend to highlight is the use of tolling agreements for renewables, particularly solar-plus-storage facilities. Long used for natural gas power plants, a tolling agreement is a type of offtake contract in which the buyer pays the seller a set amount to effectively “rent” a generation asset from the owner. The owner is responsible for operating and maintaining the asset as well as ensuring its availability, while the buyer controls its dispatch and assumes the facility’s basis and curtailment risk.

With an intermittent renewable resource like solar, things are slightly different. A solar facility is dependent on the resource’s strength at a given point in time and isn’t inherently dispatchable – but battery storage changes that. As with a gas plant, the utility sends a dispatch signal when it wants power, and the solar-plus-storage facility responds, either with real-time generation or with power stored in the battery. If the solar facility has the ability to generate power but that energy isn’t needed, it can be stored in the battery. If the battery is full and additional power isn’t needed, the solar facility has to curtail its generation until power is needed.

Utilities are focused on reliability, so the ability to control and dispatch intermittent resources is something they value.

If structured correctly, tolling agreements have the potential to be a “win-win-win” for utilities, ratepayers, and owners of renewable generation. Particularly in markets that rely on bilateral agreements between utilities and IPPs (which are different from markets that are structured around an ISO or RTO), utilities have much more information regarding transmission availability and congestion – so they typically control the dispatch of all their generation assets. In many cases, the utility is better positioned to optimize the system, whereas the IPP is best positioned to cost-effectively operate and maintain the renewable asset, which keeps costs as low as possible and maximizes clean energy production.

Whether and how tolling agreements will work for renewables is an open question. In 2017 and again in 2019, Hawaiian Electric stepped up as the first utility to issue an RFP for dispatchable renewable energy based on a tolling agreement. Several contracts were ultimately awarded, and when the winning facilities are constructed and become operational, it will test the validity of this structure. At least two other RFPs for dispatchable solar-plus-storage have subsequently been issued.

Time will tell if these trends will continue and how they might shape the renewable energy industry of the future, but they’re a testament to the fact that renewables have gone from being “alternative” energy to becoming a mainstay in utilities’ portfolios.