Floating Solar: No Land? No Problem! 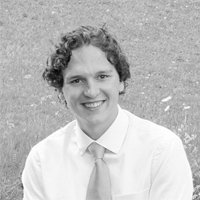 Roof-mounted and ground-mounted solar panels have become a common sight across the U.S., but don’t be surprised if the next solar installation you see floats on water. Floating photovoltaics, also known as FPV or “floatovoltaics,” have been popular in Asian markets for several years and are beginning to gain traction in the U.S. From California to New Jersey, floating solar development is expanding, and EDF Renewables’ Distributed Solutions team is at the forefront of this exciting trend.

Floating solar has many advantages, and one of its biggest benefits is that it doesn’t require land. This feature has been a major driver in FPV’s expansion in Asia, where developers and suppliers have continued to improve the technology and brought new and improved products to market, supported by what has become a robust supply chain.

As a result, FPV is approaching parity with traditional PV when costs are considered over a project’s lifetime, and this has led to increased adoption in the U.S., with more than 20 FPV projects now operational across many states. FPV shines brightest in locations where land is exceedingly expensive or simply not available.

EDFR is currently constructing a 1 MW FPV project  in Florida. Land in  Florida is prohibitively expensive, so the ability to install a demonstration-size project on a power plant retention pond offers a unique opportunity to build local generation – as well as a glimpse of future possibilities.

It’s worth noting that locations with high property prices often have higher than average power prices, which means floating solar can offer real savings to customers. Other benefits to FPV include lower operations and maintenance costs, improved panel performance (thanks to the cooling effect of being on water), and even environmental benefits like reduced evaporation and algae growth.

Floating solar is still new in the U.S., but its success overseas shows its tremendous potential. As solar penetration rates continue to increase across the U.S., demand for flexible, cost-effective distributed energy solutions will remain strong.