Press Releases
Stay up to date with the latest news from EDF Renewables. 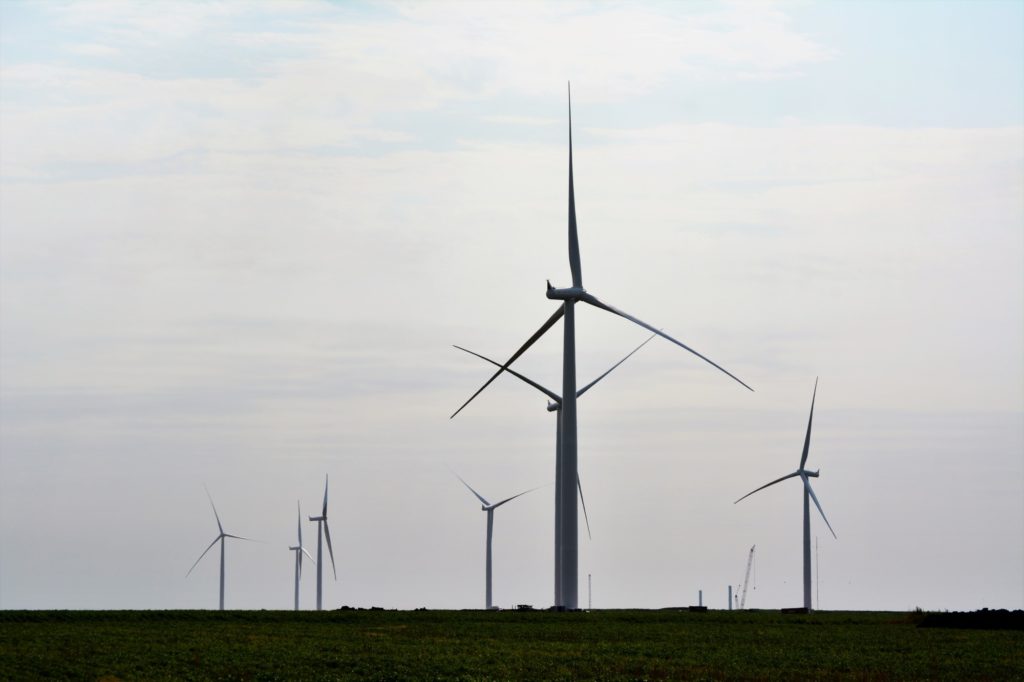 Rock Falls Wind Project, located in Kay and Grant Counties in northern Oklahoma, consists of wind turbines and various components manufactured in the USA. The project has created more than 150 jobs since start of construction in July 2017 along with millions of dollars injected into the local economy.

“We applaud America’s corporate sector and companies like Kimberly-Clark, who through the purchase of wind energy demonstrate leadership in the drive for a low-carbon economy,” said Ryan Pfaff, Executive Vice President for EDF Rene

“We are proud to partner with EDF Renewables on the Rock Falls project, which marks a significant step in Kimberly-Clark’s Energy and Climate strategy,” said Lisa Morden, Global Head of Sustainability, Kimberly-Clark.

Kimberly-Clark operates a number of manufacturing facilities across North America (and other parts of the world), including a tissue and towel manufacturing facility in Jenks, Oklahoma, which produces products for the Kleenex, Scott, Cottonelle and Viva brands. “As a point of comparison, the electricity purchased from the Rock Falls wind project would offset 1.5 times the greenhouse gas emissions associated with the electricity consumption at the Jenks, Oklahoma manufacturing plant,” said Morden.

Rock Falls marks EDF RE’s second project in Oklahoma.  In 2016, the Company completed the Great Western Wind Project which supplies Google with its output of electricity.

EDF RE is the #1 developer among corporate buyers with 930 MWs contracted, which demonstrates the trust that environmentally-conscious companies place in EDF RE to deliver value. Kimberly-Clark joins the Company’s growing North America portfolio of corporate purchasers including Google, Microsoft, Salesforce, Walmart and Yahoo.